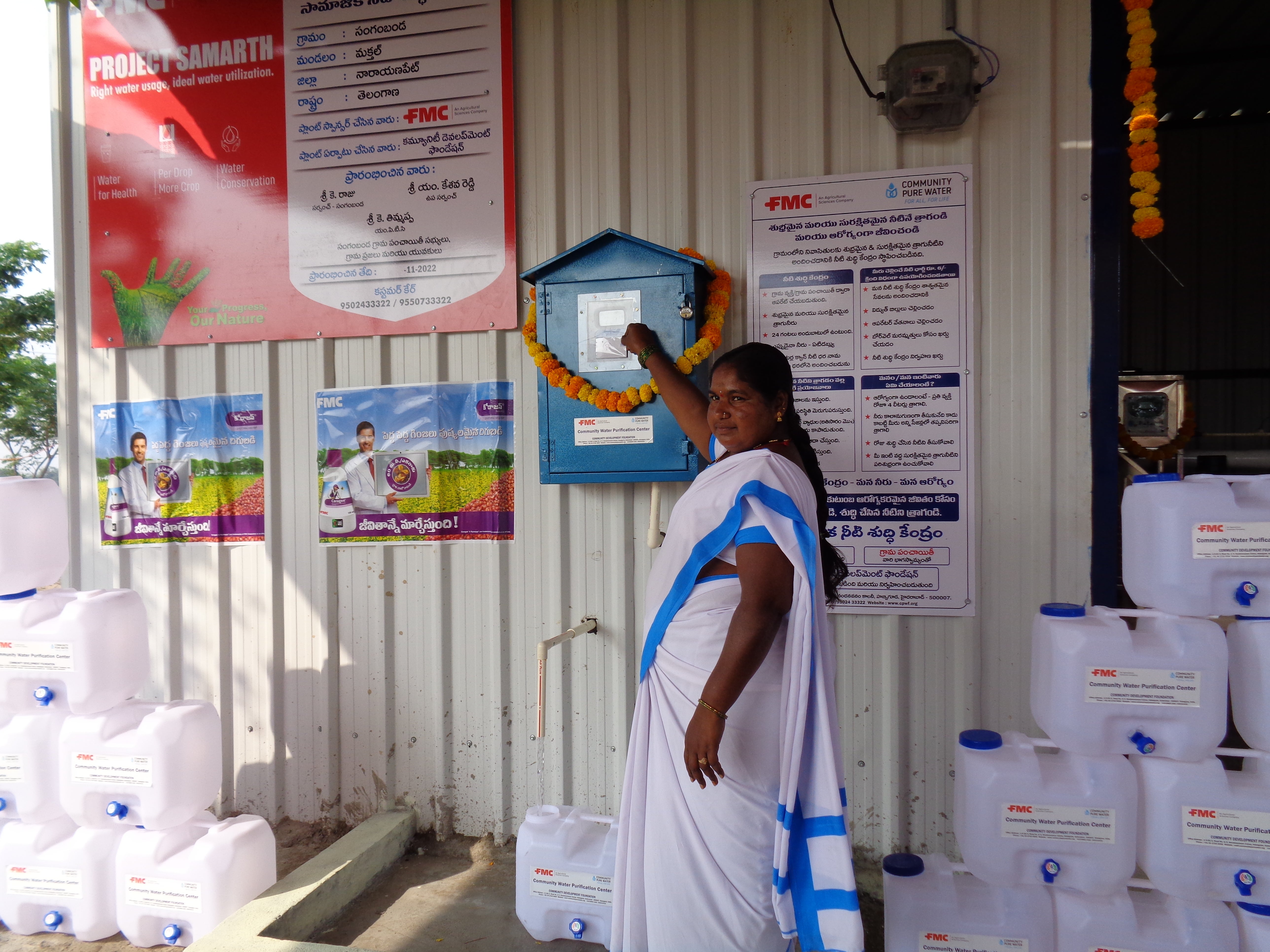 As part of its commitment to make farming communities more sustainable, FMC Corporation recently announced that it has inaugurated two new water filtration plants in the Indian state of Telangana. The first plant is in the village Ramnagar in Telangana's Hanumakonda district while the second is in Sangam Banda, in the Narayanpet district.

With the capacity to produce 500 liters of filtered water per hour, the two newly constructed water filtration plants are expected to reduce waterborne diseases and make a significant difference to the health of 900 villagers in total. The initiative is part of Project Samarth, FMC's community outreach program in India. Project Samarth seeks to increase access to clean, potable water for farming communities.

"Project Samarth is an expression of our commitment to better living standards of Indian farmers and their families sustainably," said Mr. Ravi Annavarapu, President of FMC India. "Since 2019, FMC has commissioned more than 60 filtration plants in villages across Uttar Pradesh, Telangana, Andhra Pradesh and Punjab. With the positive response received over the years, the initiative is now also being extended to villages in Maharashtra and Madhya Pradesh. We believe that these water filtration plants will make a tangible positive difference in the health index of the villages in time to come. We aim to make safe and potable drinking water accessible to 300,000 farmer families across the country by 2023.”

Each family registered as a beneficiary under Project Samarth receives an “Any Time Water” (ATW) swipe card, which releases 20 liters with each swipe. FMC is also actively involved in a door-to-door campaign to raise awareness among villagers about the benefits of drinking water that meets clean drinking water standards.

Have some questions? We're here to help.

Are you looking for information about products and services by region?

Enter your [postal] code to see information about local products, representatives and retailers, along with special offers in your area.