FMC Pakistan is proud to announce that it has successfully recruited the first two female trainees ever to its sales team. FMC is the first crop protection company in the country to recruit women in field sales roles.

This milestone is the result of the "Sales Field Trainee Program" which FMC Pakistan launched to attract female graduates of agricultural institutes to join the industry.

The trainees are currently undergoing two-and-a-half months of training, which started in March, to learn the complete sales job cycle through practical exposure before they join the company as full-time field employees. Going forward, FMC Pakistan intends to reach more institutes to recruit more female trainees.

The agricultural industry in Pakistan has traditionally been male-dominated, and career choices are limited for female graduates in the agrarian economy due to barriers including cultural stereotypes in rural areas as well as preference for work within office spaces that are not customer facing. 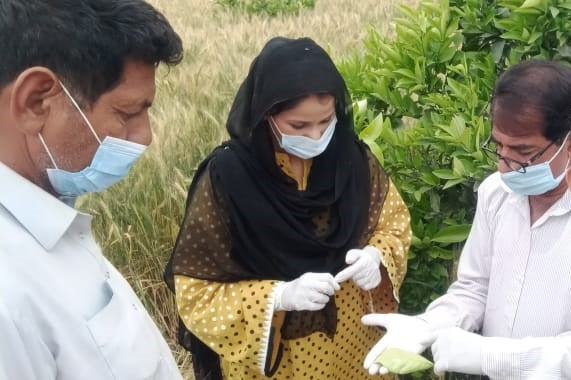 Have some questions? We're here to help.

Are you looking for information about products and services by region?

Enter your [postal] code to see information about local products, representatives and retailers, along with special offers in your area.